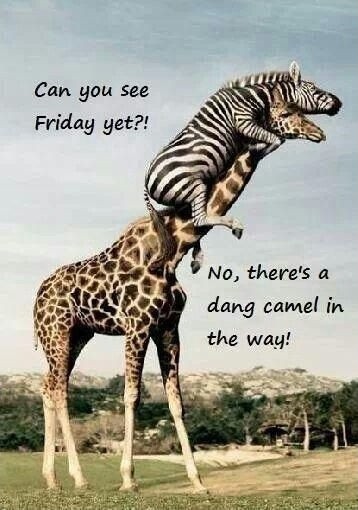 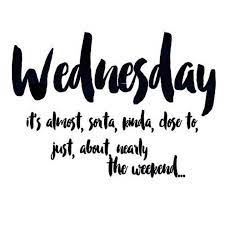 Hello, and welcome to the weirdest day of the week. I thought it was just me. As a former mother to a teen I was told on more than one occasion that I was “so weird.” She’s 22 now and still thinks I’m weird, but I can no longer hear her eyes roll when she says it (and not just because I’m starting to suffer from age-related hearing loss).

Evidently I’m not the only one who thinks that Wednesdays are weird.  Google returns 71,6000,000 results in .61 when you ask it. I would have asked Alexa, but I don’t have an Echo (capital E. I’m pretty sure I still have my echo). I’m already freaked out by the ads that pop up in my FB newsfeed without having to worry about her listening to my private conversations with myself. Yes, I talk to myself. Out loud. Weren’t you listening? I’m “so weird.”

I love “the google.” I know it’s wrong – and not just because loving a search engine is weird. I have a big birthday coming up and am starting to embrace my crazy cat lady personae. Well, that’s not true – I will never become a crazy cat lady, but only because I cats make me wheeze. I still want five (breathing’s optional, right?) but my friends and family won’t let me have any (meanies). I am, however, starting to embrace my senior self – I am starting to say “the google” and “the walmart” and I have died my hair a spectacular shade of magenta.

But I digress, again (damned ADHD squirrels). I love “the internets” because I have learned fascinating bits of trivia. Trivia that I am driven to share with strangers, whether or not they want to know. Yes, I talk to strangers, and, despite what my family may tell you, not only when I’ve had too much tequila. Thanks to The Fact Site I know that Wednesday is named for the German god Woden (I thought it was Odin’s day?), that the Japanese word of Wednesday (sui youbi) means “water day” (drink more water!) and that Quakers refer to it as the “fourth day” of the week to avoid pagan associations with Wednesday (I didn’t know Wednesday was pagan). 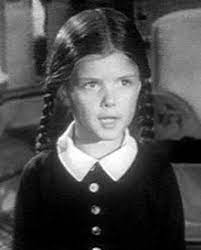 Most importantly, I learned that “according to a survey, bosses are most receptive to requests from their employees on a Wednesday.” Excuse me while I go ask my boss for a long-overdue raise.

But wait! there’s more! (damned squirrels – I almost missed the point of today’s post. Yes, I have a point). Unlike Cole Sear, I cannot see dead people, but if Amazon has its way we may all be able to hear them.  ICYMI (it has been a busy week, after all) Amazon is developing a creepy new feature. As reported in the Washington Post (among others), during last Wednesday’s keynote speech in Las Vegas Rohit Prasad, senior vp and head scientist of Alexa AI, explained that in an attempt to “build greater trust with users” the feature would allow  the voice assistant to replicate people’s voices. In other words, I could have a recipe read to me by my dead mother.

It’s been 27 years and I miss her voice. I may need an Echo after all.

So what do you think – is the new feature cool or creepy?

Fabulous Female searching for sanity while raising two children (a teenaged female and her father) in the Southern California suburbs. View All Posts

One thought on “I Hear Dead People”

These people are awesome

These people are awesome

Before all y’all flame me, I am well aware that the word is “monumentally” not “momumentally.” Unlike most of the misspelled words on my blog, the title is intentional, and not just misspelled due to a typo or a brainfart brought on by oldtimer’s syndrome. From Mirriam Webster: Monumentally [ˈˌmänyəˈmen(t)əlē] 1. to a very great […]

Once upon a time, back when I was just a beginning blogger (HA! still a beginner, but that’s for another post), I struggled to find my way – to come up with first post, find my voice, my niche, my raison d’être – or at least my blog title. This was my first wordpress blog.  […]

These are my peeps!

The Musings of a Writer / Freelance Editor in Training

The Musings of a Writer / Freelance Editor in Training