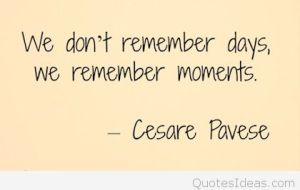 So – It’s July 7th and I should be on Day 7 of Suzie Speaks’ Daily Gratitude Challenge – but I’m behind. I could say that I’ve been busy (in the midst of a quarantine? What could I possibly be busy doing – building a blanket fort?). I could say that I’ve been suffering from writer’s block (I have, for the past 4 months, but that’s not important). I could say that I’ve been cleaning and reorganizing my house, and although my kitchen is clean and my backyard no longer looks like Okie flats, it would be a lie (FYI. I lie and swear a lot). I could say that I’ve let stress, sleep deprivation and my rollercoaster life keep me from leaving my blanket fort…but really, it’s doesn’t matter why. They are just excuses, and excuse is a four letter word. Well, not literally, I may be bad at math, but I CAN count (FYI I lied, again. I excelled at math in school, but I’m not in school any more). ANYWAY I’m on Day 3 on the 7th of July, but you know what they say – better late than never (even more importantly, better late than pregnant).

So, for those of you who haven’t been waiting with baited breath for me to post again (why haven’t you been?), Suzie of Suzie Speaks started July’s Daily Gratitude Challenge “in an effort to inject some positivity into my daily mindset and the online world.” If you’re interested (and even if you’re not), you can find the calendar of daily topics here.

I attempted challenge 1 and 2, but managed to veer off topic (I could blame my caffeine fueled adult onset of ADHD, but really, you should know that I babble by now). I am going to make every effort to complete Daily Gratitude Challenge Day 3: Moments and Memories the way it was intended – as a list of moments and memories. It’s not just because I’m a perfectionist – I really need to put a pen to paper (or fingers to keyboard) before they fall out of the holes in my head.

I have a horrible memory. I used to think that everyone’s brain worked like mine – that everyone had a hard time remembering names and places, that as we aged it was normal to forget childhood memories. I’ve always believed that a brain was like a computer’s hard drive and that once it was full, things had to be deleted so that new memories could form. Then I met my husband. His brain is full of useless trivia, and he still manages to hold on to memories from before he could speak. Seriously, there’s a reason we call him Rainman.

Turns out my inability to remember faces is a “cognitive disorder of face perception” known as prosopagnosia or face blindness. Those of you how know me best might have noticed that I call everyone “honey” or that I don’t always introduced you to each other. Now you know why. I would ask you to keep it a secret, but it’s on the internet, so now everybody knows.  Feel free to discuss it amongst yourselves.

AGGGGHHHH. I’m doing it again. Getting off topic. Let me get this train back on track.

Being a woman “of a certain age” means that I have more moments than I can list here without you nodding off or screaming and running away. But for those of you who have made it this far (thank you) here are a few:

Moments and Memories I am Grateful For:

Seeing my parents come through the door with my baby brother. I was completely ticked off, because I’d asked for a sister, but it was still amazing. There are 8 years between us, and we haven’t always been close, but I’m happy to report that he’s not just my brother – he’s one of my best friends.

The day I was invited to “work the bales” at Drench a Wench/Soak a Bloke. Yes, I worked at a kissing booth at the Original Renaissance Faire. I might have missed out on being crowned mistress of revels, but I met my family of heart.

The night I met my knight in shining armor. My roommate and I were hanging out at “our” pub. She was playing darts with a friend, and I was flirting for free beer (don’t judge me – I was 21 and broke). I flirted with the wrong guy, and stalkerboy couldn’t catch a hint, even after I turned down a free beer. I leaned up into our big, burly friend, batted my eyes and told him to kiss me – and my heart stopped beating (not literally. That would be a fun twist though, wouldn’t it?). That “bolt of electricity” that every bodice ripper hinges on? Yeah, that.

The day my husband proposed. My mother had a doctor’s appointment that day, and he was so agitated and nervous at dinner I was positive he was going to tell me that something was wrong. Instead, everything was perfect.

The day my reserved husband told my soft-hearted mother “I love you” without her saying it first. The smile on her face lit up the room. Three days later she was gone. Who knew that hearing him say that was the one thing she was waiting for?

My doctor’s ski trip.  My obstetrician wanted to deliver our daughter before he left – as it turns out, the umbilical cord was wrapped around her neck. Without the warning from the heart monitor, we never would have known.

The smile on our daughter’s face when we surprised her with tickets to Wicked…and Rent…and Into the Woods at the Hollywood Bowl..and Avenue Q (yeah, she’s a theater dork too).

So what’s your favorite memory? Anyone else have the soundtrack from Cats running through their head now? Just the theater dork then.

P. S. I was looking for a featured image for today’s post and came across a Reba McIntyre album. My mom was a huge Reba fan, and my least favorite memory is the look on her face when I told her that my friends and I were headed to the Universal Amphitheatre to see Reba and Brooks & Dunne. I would give anything to be able to go back in time to surprise her with a ticket – because the smile on her face would have lit up the world.

This entry was posted in all about me, Gratitude challenge, Uncategorized and tagged #rebamcyntire, gomer pyle, gratitude, love, memory, suzie speaks. Bookmark the permalink.

writes a short story every week

Doing Projects on the Daily

Stories and photos from Scotland

A sincere blog about a donkey